Thank you for your patience while we retrieve your images.

I stumbled upon this fox hunting and playing one afternoon. When I first approached, he spotted me immediately but he did not run, instead he seemed content to simply keep an eye on me while he continued with his day. I watched him as he hunted and played for longer and longer periods of time without shifting his attention my way. At some point, I am not sure when, he seemed to finally accept me as just part of his day. When I shot these pictures I was just a few yards away from him. I was even able to whistle to get his attention, and at one point when he started to leave, I whistled again and he headed back my way. He seemed to pose on command.

The fox spent about an hour hunting mice within 20 feet of me, as if he were showing off his impressive skills. He would sit motionless listening for the sound of mice under the snow, and when a target was located, he would move ever so slowly towards the sound. Then, once he was within pouncing range, he would rear up and jump into the snow head first, and most times he would emerge with a mouse in tow. Once captured, he tossed the mouse on top of the snow where he would stalk it and bat it around, until the mouse's guard finally failed. A quick snap of the jaw and he was off to pursue another prize. He even continued to hunt after he had his fill, and instead of eating the mice, he would clear an area in the snow and bury his bounty.

Finally his afternoon of hunting needed to come to a close and he wandered off back into the woods, although he stopped and looked back several times. It was a special afternoon and I hope that you enjoy the photographs as much as I did taking them. 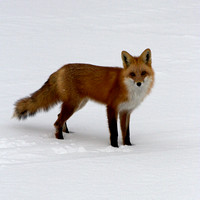 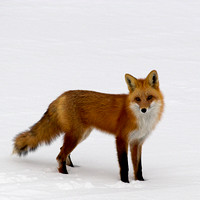 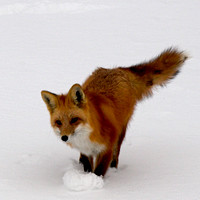 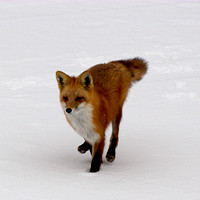 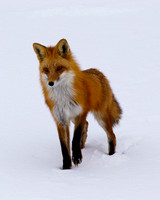 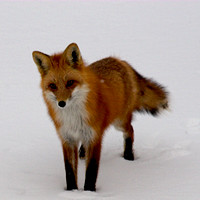 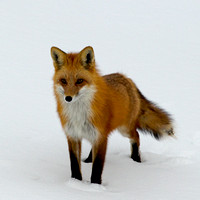 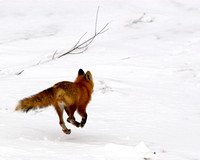 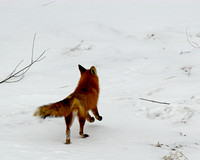 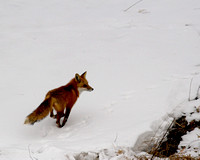 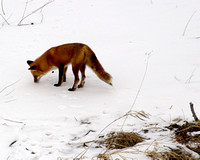 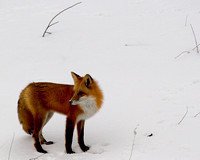 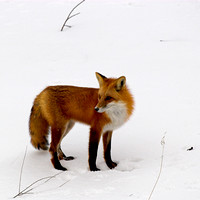 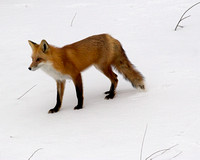 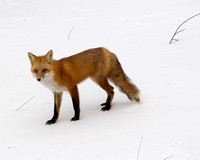 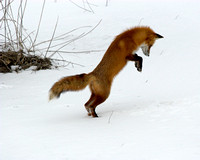 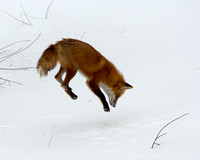 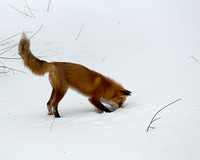 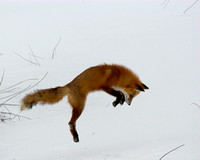 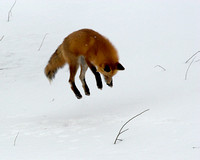 Guestbook for Red Fox
Lili(non-registered)
These are amazing!! Many many good shots! Loved that you posted all of the "steps" before the catch. Excellent! :-)
The guestbook is empty.
Loading...
© Natures Mirror Photography
Powered by ZENFOLIO User Agreement
Cancel
Continue